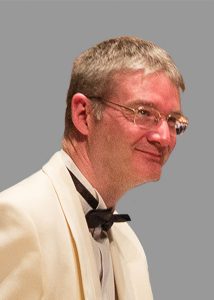 Cameron joined us in 1987 as Accompanist and Depute Conductor and to popular acclaim from the choir was appointed Conductor and Musical Director to succeed Marilyn Smith on her retirement. Cameron is an honours graduate in music from the University of Glasgow and also studied at the Royal Conservatoire of Scotland. He regularly plays harpsichord and piano with various musical ensembles and performs throughout the British Isles. He is also an organist of note and his playing can be heard on the soundtrack of the film ‘Chocolat’.
He has broadcast on BBC Radio 3 and has appeared as accompanist in BBC Television’s “Young Musician of the Year”. He has previously been Musical Director of Glasgow Opera Group and Conductor of the Clydebank District Choir. Cameron teaches piano at the Royal Conservatoire of Scotland. He is also Organist and Choir Master of St. John’s Renfield Church in Glasgow’s West End. Many of the pieces in the current Phoenix repertoire are arranged by Cameron. He took up the conductor’s baton at the start of our 2019 / 2020 season. 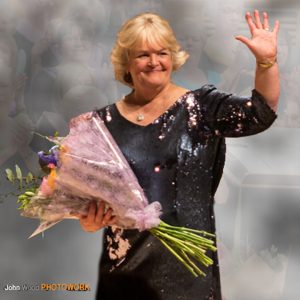 Appointed in 1991 as our Conductor & Musical Director, Marilyn retired at the end of our 2018/2019 season after 28 years in charge.
With the GPC she made many recordings and toured Europe, the UK and USA and the Phoenix Choir you see today is mainly the product of Marilyn’s inspiration, dedication and encouragement over 28 years. Marilyn was awarded an MBE in the 2012 UK Honours List in recognition of her services to music. To mark her retirement and to honour her years of service to the choir , Marilyn was appointed to the honorary position of Conductor Laureate. 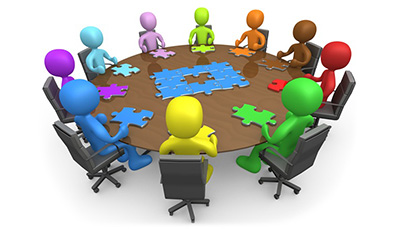 As a Registered Charity, the choir is run by an elected council, a legal requirement. Details of the council members and their roles and responsibilities can be found here. 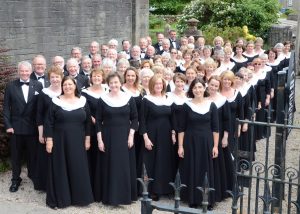 The choir has Singing Members, Associate Members, Patrons, and Honorary Members. You can find out more here.