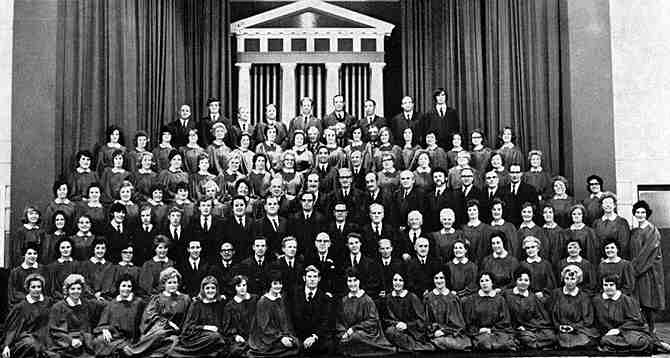 At last we’re 21, and the years have gone in so quickly, that it seems but Yesterday since I came to the Phoenix. We were then only 4. I came to the Choir with the simple ambition to make singers sing better, and in so doing develop their personalities in the full expression of emotion, which I believed, and still believe, that music can so ably provide. 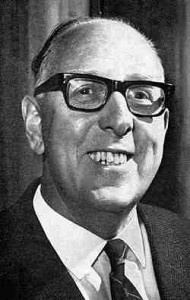 The early years had their difficulties, especially in Glasgow, where all kinds of loyalties crossed and clashed, but slowly from the mists of trials and troubles, the Phoenix began to develop. They became a group of singers, friendly and warm hearted in their open expression to the world, and possessing a loyalty to the “Choir” which seemed to transcend all difficulties. The purpose of the choir was to sing and sing well, but the message of the choir was friendship through music, and we gradually won this friendship through our many concerts in the main centres and in the out of the way places of the United Kingdom. 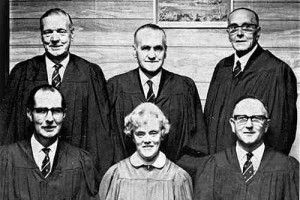 The administration expanded and we have beep actively associated in the European Countries since 1959, not only, with the, direct purpose of our own music making, but equally important, providing the opportunity for others to do likewise. What a wonderful team of administrators we have, radiating out from our own Council, to all the United Kingdom Committees, and then over into Europe, and now in recent years New York and Lake Oswego, focal points in our East-West American relationship.

But no assistance and abundance of good feeling which we receive, is greater than what we now have here in Scotland, and this in our 21st year means more to us than most things. As a result the T.I.A. Stretch Jet will be stretched to capacity to take our party to America in July, with singers and friends, and no doubt “experience of a lifetime’ will be an oft used phrase. Already the sound of the Phoenix goes out on local radio in America and interest is aroused to the concerts in these major halls of the States.

When we sang for the BBC at Hogmanay recently a country Doctor wrote to me with the direction “Sing for Scotland”. With your help this is what we hope to do for many years to come. 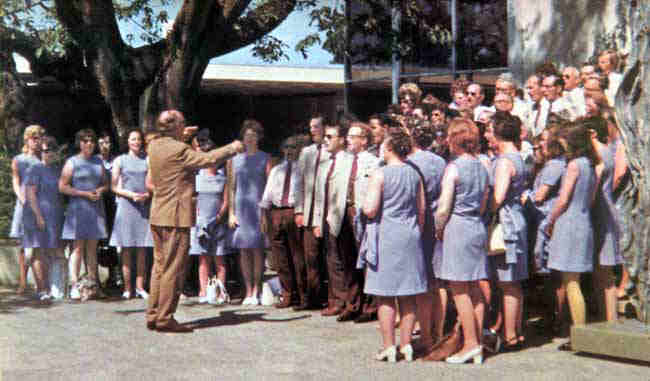 From the programme notes to a concert from May 1975… 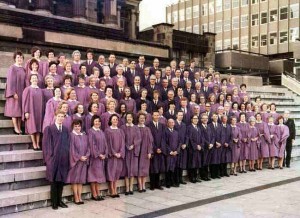 The Glasgow Phoenix Choir was founded in 1951 following the disbandment of the Glasgow Orpheus and in its choice of name provided tribute to the wonderful work of that well loved choir. Further tribute was also made to the Glasgow Orpheus when the late Sir Hugh Roberton was offered and accepted the position of founder Honorary President, a position later held by Mr. E. Rosslyn Mitchell and until very recently by the late Sir Arthur Bliss, Master of the Queen’s Musick.

The Phoenix was conducted for the first your years of its life by Mr. Robert Howie, a former singer in the Orpheus, and then by Mr. Peter Mooney who has been with the choir for twenty-one years and has given his own unique sound to the quality voices that make up the choir.

The full singing complement of the Phoenix is now in excess of 130 and a regular programme of concerts has developed in Glasgow, Manchester, Newcastle, London, with many additional towns and cities varying from year to year as well as a number of television appearances. To celebrate the coming of age of the Phoenix in 1972, 95 singing members, accompanied by husbands, wives and friends travelled to the West of America and Canada and gave concerts to capacity audiences in Seattle, Salem, Eugene, Portland, Victoria and Vancouver.

This summer the Sound of the Phoenix will be in full flight when 86 choristers will set off on a singing tour of Germany proving themselves once again as one of Scotland’s finest ambassadors. 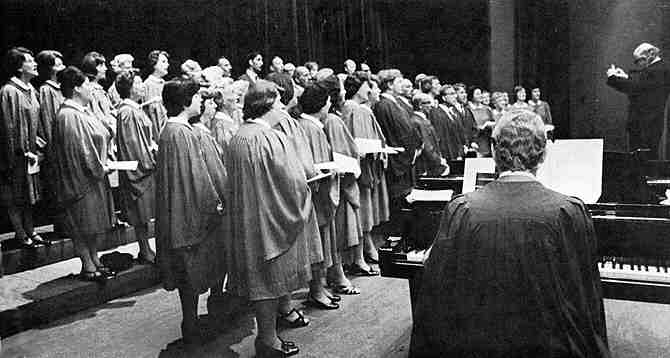 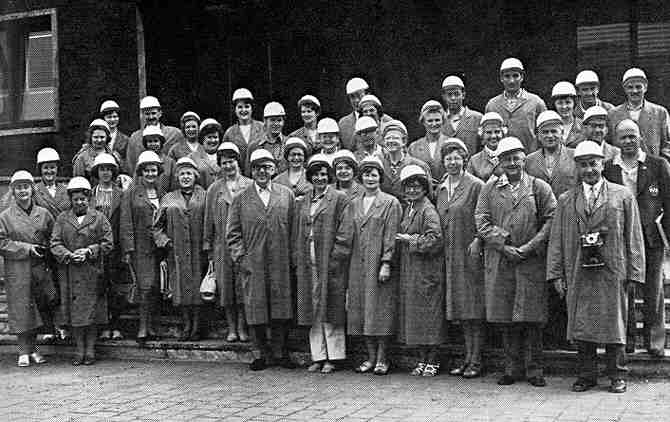 A Visit to a factory in Germany 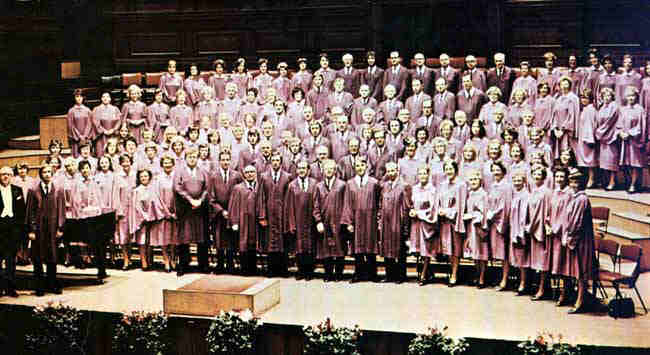 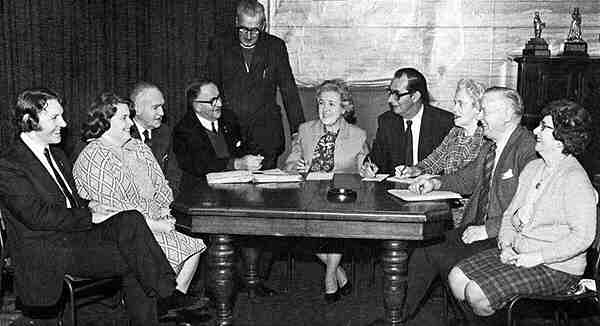 What does it mean for a choir to be 150 years or 250 years old? Possibly not really too much, because each tier of a long historic line, represents the contribution of a particular segment of society and the achievement and consequently the important period for convenient measurement, may be 25 years.

The Phoenix set out on this latter period to sing-to enjoy singing-and in addition to the obvious pleasures of enjoyment, to add above all else the experience of re-creation. We hoped further to produce in our selection of a ‘mobile’ repertoire – mobile in the sense that our music had to be capable of being transported from city to city and country to country – the highest possible standard which our talents could achieve.

There were, however; some additional unwritten assumptions in our plans-through music, singers and listeners are brought together, not only to sing together and dine together in the hotels afterwards, but for a short period to come really to know each other in the relaxed mood of our homes, and to share our pleasures and our concerns, and how remarkably all these have proved to have had similar roots regardless of country. The quality of our lives is enriched every time an air-mail letter comes through our letter box. It is the obvious proof that friendships do not only exist during the performance of the music and its momentary echoes, “but live within our hearts for always”.

This is the dimension of our work which is beyond the academic exercise of singing “well”. As a society in this country we have long believed in the power of music yet in, our community we have manacled this power and channelled it by very narrow limits and boundaries, that even today many of our young people -and older people too-do not know the latent recreative power of the sound of the orchestra, the opera, or the unaccompanied chorus, to mention but a few aspects of music making. How wonderful it would be, if our trade unions could still find this dimension to be a necessary part of their work. The desert would really bloom.

This is our belief and this is our dedicated work. It was so 25 years ago and it is so today, the only difference being, today we know we have won your support and this we value and appreciate highly. Tonight’s programme is popular and reflective, for this occasion, of your favourites over the years, and we hope you enjoy them all again.

Thank you, audiences; stay with us – and, of course, buy and play our records!