The choir gets another new conductor and a new direction 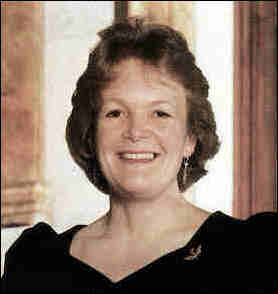 Our present conductor, Marilyn J Smith, joins in 1991 and begins to shape the modern choir you hear today. 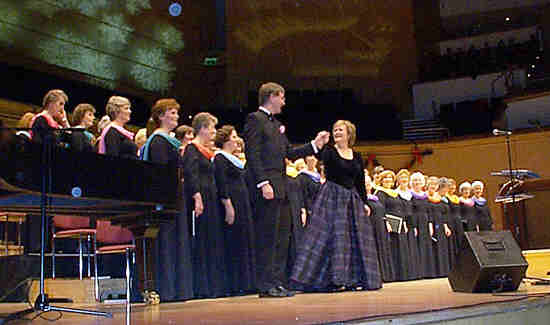 One of Marilyn’s challenges was to prepare the choir for a BBC Proms concert in London. Click the heading to find out more. 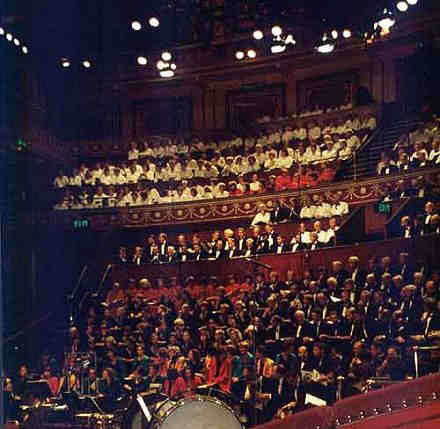 Picture of all choirs on stage at Royal Albert Hall

Listen to an excerpt from “O Fortuna”: 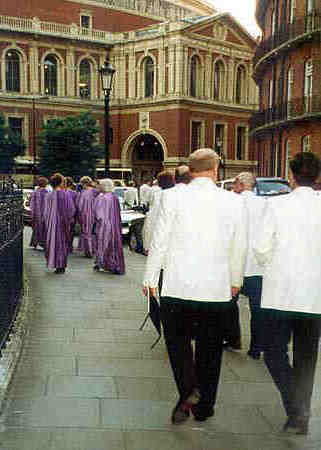 Could these be some of the purple chitons? 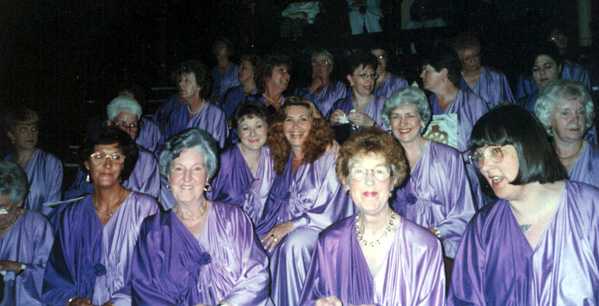 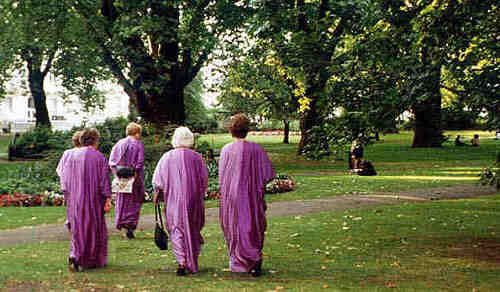 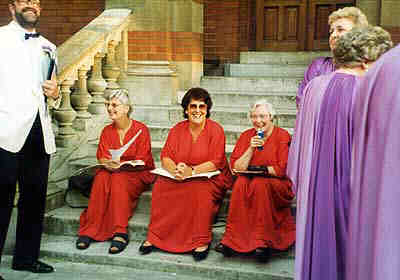 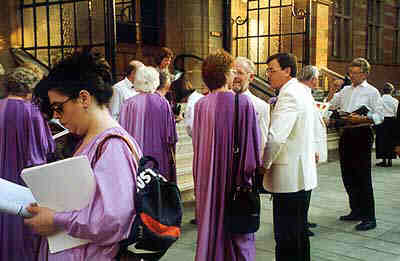 No more pictures – our photographer had to go and sing!!

Easter 1999, and a tour of Belgium, the Netherlands and Germany

The Choir’s most ambitious European tour to date took it to three countries, undertaking six concerts, two church services and two impromptu recitals in cathedrals, and travelling more than 2,100 miles in eight days. Click the heading for more information. 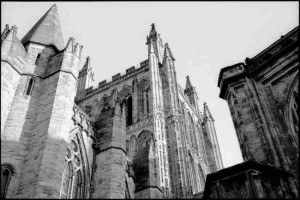 One of the connections made by the choir has been with the Hereford Police Male Voice choir, who in their own words are made up of “policemen, ex policemen, and people otherwise known to the constabulary!” Click the heading for more.